UN Climate Change, Bonn, 28 May 2018 – Today, it has been confirmed that Asia Pacific Climate Week (APCW2018) will be convened in Singapore from 11–13 July 2018. The event – which lands two months ahead of both the Global Climate Action Summit in California and New York Climate Week – will be instrumental in demonstrating that there is genuine international support for stepping-up climate action by mobilizing actors across the Asia Pacific region.

APCW2018, which is being organized by the Nairobi Framework Partnership with support from the Singapore Government, will provide a critical stepping-stone on the wider journey towards completing the operational guidance for the Paris Climate Change Agreement at the international climate negotiations at COP24 in Katowice, Poland.

Patricia Espinosa said, “I welcome the hosting of Asia Pacific Climate Week at this critical moment, as it will make an invaluable contribution to spurring enhanced national climate ambition ahead of COP24.”

The theme of APCW2018 is “Climate Action for Sustainable Development: Driving Change in Asia”. The high-level segment that takes place on Wednesday, 11 July will bring together the business community and focus on areas, such as: visions for NDC enhancement and implementation; challenges and opportunities for cities in the Asia Pacific region; the role of transport for sustainable development and climate action; and climate finance.

Other highlights at the event include the Asia Pacific Carbon Forum and a technical session on the cross-linkages between markets and the Sustainable Development Goals. More details on APCW2018 and its program will shortly be made available via the event website.

Owing to the political significance of the upcoming Talanoa Dialogue this year, APCW2018 will explore strategies for accelerating global climate action, including by realigning finance flows in the Asia Pacific region consistent with a pathway towards low greenhouse gas emission and climate-resilient development for the implementation of the Paris Agreement.

APCW2018 follows-on from the success of Africa Climate Week (ACW2018) hosted in Nairobi earlier this year. On 20-25 August, the Latin America and Caribbean Climate Week will take place in Montevideo, Uruguay.

The goal of these Climate Weeks is to support the implementation of countries’ Nationally Determined Contributions (NDCs) under the Paris Agreement and climate action to deliver on the Sustainable Development Goals. In so doing, they will bring together diverse array of international stakeholders in the public and private sectors around the common goal of enhancing climate action.

Africa Climate Week is part of series of annual events organized in each region under the Nairobi Framework Partnership (NFP), which is coordinated by the UNFCCC. Its aims is to increase the prominence and outreach of climate change discussions, and to make this event the key place to be in each region.
ACW 2018 in Nairobi will be the first event of its kind in the Africa region and is designed to advance regional climate action through the promotion of market-based mechanisms, economic instruments and climate-aligned finance. The ultimate aim is to support implementation of countries’ Nationally Determined Contributions (NDCs) under the Paris Agreement.

During the ACW 2018 the 10th Africa Carbon Forum (ACF) will be held. It will focus on how engagement between State and non‐State actors can be further strengthened in the key sectors for Africa (energy, agriculture and human settlements), including the role of future carbon markets to achieve enhanced climate action, towards the goals of sustainable development.

Register for ACF 2018 at http://africacarbonforum.com/

The Asia-Pacific Carbon Forum (APCF) is the leading regional conference on investment in climate action through market-based approaches and carbon pricing instruments. The annual event, this year part of the first Asia-Pacific Climate Week, is known for its substantive, comprehensive programme of plenary sessions, workshops, side-events and exhibits aimed at turning climate aspirations into climate action.
Register for APCF2017 at http://www.asiacarbonforum.com
Learn more about Asia-Pacific Climate Week at
http://www.unescap.org/events/2017-asia-pacific-climate-week-apcw 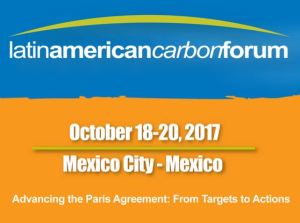 The Latin American and Caribbean Carbon Forum brought together for the eleventh consecutive year key players from the private and public sectors to share the state of the art around climate change migration, and reach out to cooperation agencies, potential investors and service providers. It is a space where climate aspirations turn into climate action. Read, Felipe Calderón >> http://bit.ly/2yDKH6X
Read more >> http://bit.ly/2gv96Hx

Countries in Asia, Africa and Latin America and the Caribbean urgently need financial support to green their power sectors and thereby implement their national climate action plans under the Paris Climate Change Agreement. This is a key finding of a report on the nationally determined contributions survey conducted by the Nairobi Framework Partnership in 2016.

Government officials meeting in Marrakech have said that the UN’s Clean Development Mechanism (CDM) has a key role in helping countries achieve the goals of the Paris Climate Change Agreement, which is to limit the global average temperature rise to 1.5 to 2 degrees Celsius. Read more 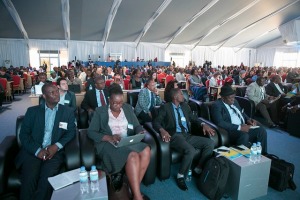 5 September 2016 – The Paris Climate Change Agreement has put fresh wind in the sails of climate policy, which governments and the private sector are seeking to harness to drive development at the Asia Pacific Carbon Forum, 5-7 September 2016, Jeju Island, Republic of Korea. Read more 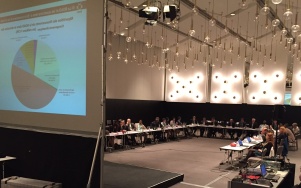 31 May 2016 – Development banks, United Nations bodies and other international organizations say they are ready to support the integration of markets and market mechanisms into national climate action plans submitted to the UN as part of the Paris Climate Change Agreement clinched last year. Read more 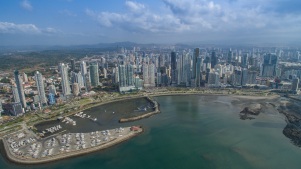 28 September 2016 – The Latin American and Caribbean Carbon Forum (LACCF, to 30 September) is set to kick off in Panama City 28 September, bringing together key players from the private and public sectors to discuss ways to speed up the reduction of greenhouse gas emissions through national climate action plans and market-based mechanisms, and to reach out to cooperation agencies, potential investors and service providers. Read more

1 April 2016 – Come to Rwanda for the 8th Africa Carbon Forum to learn how to turn climate challenges into opportunities! The international community achieved a resounding success crafting a new, universal climate change agreement at COP21 in Paris in December 2015. Read more 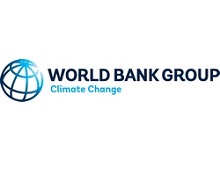